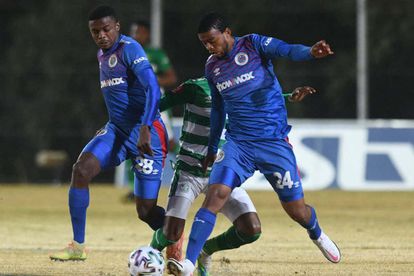 Stuart Baxter and Kaizer Chiefs still have just under 48 hours to pursue the signature of transfer prospect Sipho Mbule.

The SuperSport United central midfielder is currently worth R11. 6 million!

At just 23, Mbule would guarantee Baxter and Chiefs many years of exciting football and endless possibility.

He is starting to peak with Matsatsantsa alongside Teboho Mokoena. Their side sits top of the PSL with 4 points, thanks to one win and a draw.

United has a superior goal difference over the other teams on the same number of points. Mbule is one of the hottest rising stars in the country and is a big part of Hugo Broos’ plans.

Broos wants to focus on the youth and bring in a new era of Bafana Bafana stars.

He epitomizes this youthful exuberance and the passion and hunger that Broos craves for the national side.

Mbule could very well be the right man for the job if Amakhosi decide to make a last-minute attempt to sign the star forward.