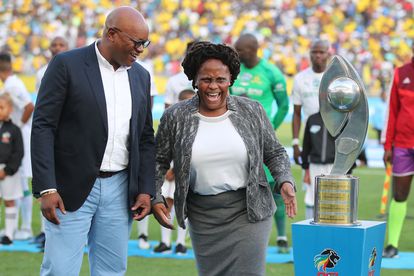 Golden Arrows are expected to part ways with more players ahead of the 2022-23 PSL season to try and make room for new signings.

The latest news coming from the Arrows camp claims that no fewer than two players will leave while there is a pending decision on one more player.

Veteran goalkeeper Maximilian Mbaeva is reported to be heading the exit list at Arrows alongside Sboniso Chonco.

And that’s according to a report by Soccer Laduma who further revealed that Knox Mutizwa will soon know his fate as the decision is yet to made on his future.

MAXIMILIAN MBAEVA A GOLDEN ARROWS LEGEND IN HIS OWN RIGHT?

To some, Mbaeva is an Arrows legend in his own right after serving the club for eight years although he struggled for game time the last two or three seasons.

Perhaps, it is the number of games he has played coupled with the number of goals conceded at Arrows that will make others question if he deserves the legendary status at the club.

Overall, the Namibia international has featured in 64 competitive matches for Arrows, conceding a whopping 82 goals while keeping a mere 18 clean sheets.