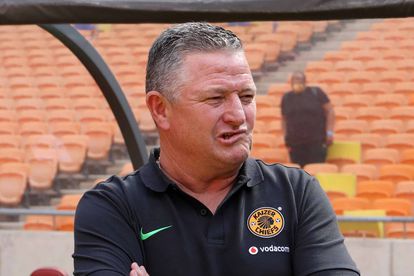 Amakhosi succumbed to a 2-1 loss to AmaZulu, and the consolation goal was scored by Leonardo Castro who converted from the penalty spot after Nurkovic was brought down inside the box.

Ironically, Nurkovic’s only goal this season came against AmaZulu in the first round but he hasn’t found the back of the net since then. It has now been seven games without a goal for the striker.

He had a chance to score in the closing stages of the game against Usuthu but it wasn’t to be as his header was brilliantly saved by Veli Mothwa.

“I don’t know if Samir should’ve scored there with the header. He hasn’t scored now in how many games? So it’s a bit disturbing there,” Hunt told SuperSportTV.

Nonetheless, Hunt revealed Chiefs cannot always rely on the Serbian striker for goals, saying other departments should also play their part in helping lift the club.

“But we can’t always rely on him we should be doing better in other areas. Our final ball wasn’t as good as it should be, but as I said one error, right at halftime again. As I said, we had to change the team and it doesn’t help you,” concluded Hunt.

Nurkovic was Amakhosi’s number one striker with 14 goals to his name last season but he has seemingly lost that spark this season owing to a number of reasons.

For starters, he was out injured for months before making his return to the field on January 5 this year.

His lengthy absence also had to do with reported contractual issues at the club.