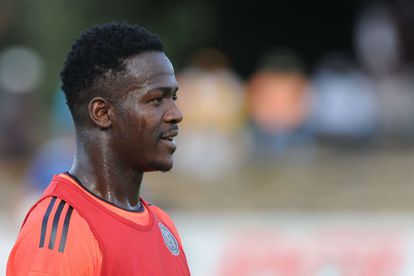 A former Orlando Pirates defender is tipped to join Maritzburg United ahead of the start of next season following his release this past week.

Justice Chabalala‘s six-year relationship with Pirates came to an end after being deemed surplus to requirements by the new technical team.

And according to reports in the local media, Chabalala is poised to join Maritzburg United who are in the process of rebuilding the team for the new season.

Chabalala spent last season on loan with Sekhukhune United, and that proved to be his last loan spell as a Pirates player.

The lanky defender had not really settled at Pirates since his arrival from Free State Stars in 2016, and due to his lack of his game time, he was loaned out several times.

It was at Chippa United where he appeared to be enjoying his football, and it wasn’t surprising that they kept extending his loan deals until he finally joined Sekhukhune United.