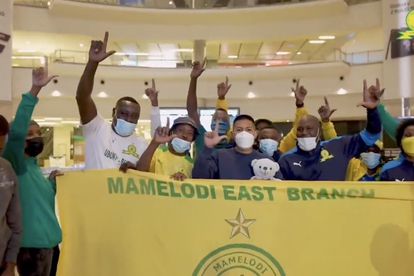 The midfielder has linked up with Sundowns this week after the Brazilians secured the signature of Saavedra from Bolivar on a multi-million rand deal (estimated to be around R12.25 million).

The Bolivian international, who starred at the Copa America, will add further star power to a Sundowns team that has already opened up a virtually unassailable lead in the DStv Premiership.

Saavedra’s contract will run until the end of the 2023/24 season, but this could be extended by a further two seasons thereafter should all go well.

Saavedra has also discussed his long-term ambitions at the powerhouse club.

“My contract is for two and a half years but if the club wants, it can be extended for another two more,” he told Premium Sports upon his departure from Bolivia.

“I am the perfect age to be able to go out and I must take advantage of it. I think that these things do not happen very often and I hope that everything goes well.

“I want to continue growing as a footballer and as a person, take advantage of it, enjoy myself and I hope that later on, more players will go abroad.”