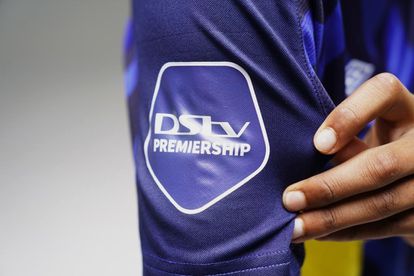 The DSTV Premiership kicks off today with all 16 South African teams set for action in the opening round, Babize Bonkwe!

The DStv Premiership kicks off with the tie of the weekend as The Brazilians host Usuthu at Loftus Versfeld at 17:00 today.

Manqoba Mngqithi’s side are looking to set the tone as defending champions. They will have to contend with the ambitions of McCarthy and a side inspired by their record-making season last year.

McCarthy’s side qualified for the CAF Champions League and finished above both Pirates and Chiefs for the first time in their history after finishing in second place.

Prediction: Sundowns mettle will be tested this afternoon. We should be in for a very exciting and open game of football with both sides looking to break on the counter and to utilize their speed up front. Mngqithi and McCarthy are master tacticians who will try to outwit one another in a tactical war. It will be entertaining for the neutrals and will set the tone for what promises to be an enthralling campaign. The Brazilians will have too much class for Usuthu at home.

Abafana Bes’thende vs The Team of Choice takes place on Saturday at 15:00.

This is a derby with both sides fighting for bragging rights in Kwazulu-Natal.

Arrows were within touching distance of qualifying for Africa last year after missing out to Orlando Pirates in the penultimate round of action. They lost their former coach to Pirates as Mandla Ncikazi joined up with the Buccanneers a couple of months ago.

However, Arrows play some of the most exciting football in the country and are always be a threat at home. Maritzburg United will always be competitive. There is certainly a potential draw on the cards but one would expect Arrows to be too strong at home.

This is the second of three games scheduled to kick off at 15:00 on Saturday.

Pirates host Stellenbosch FC at the Orlando Stadium but this has not been a good omen for the Sea Robbers. They lost back-to-back matches at home. Firstly, losing the Carling Black Label Cup to Chiefs and then, getting knocked out of the MTN8 by Swallows FC.

To make matters worse, Josef Zinnbauer has left the club. The Buccanneers have a point to prove to their supporters after these heartbreaking defeats.

They could redeem themselves with a morale-boosting opening victory.

Prediction: The Chilli Boys should be too hot for the newcomers, Hunt to open his account with Chippa with a win.