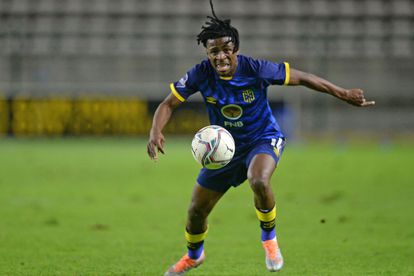 For quite some time there has been talk that Mashego was a player that Chiefs were interested in bringing to Naturena in the hopes of bolstering their defensive strength.

Some reports suggested Cape Town City FC were even ‘open’ to selling Mashego to the Soweto giants, but the links to Chiefs have somewhat quietened down in recent weeks.

According to reports this week, the latest development may have not only seen Chiefs fall away as the likely destination for Mashego, but PSL rivals Mamelodi Sundowns were said to have moved ahead of Amakhosi for the Bafana Bafana International’s signature.

“We were in talks with Kaizer Chiefs [regarding Mashego],” Comitis told GOAL, while adding the following when asked about the Sundowns links: “No, no, where did you see that? Let me check the story….”

Chiefs have endured a difficult start to the season once again

Earlier this month, Kaizer Chiefs coach Arthur Zwane had revealed why the club would probably only explore signing new players in the next transfer window.

“We are working on forming combinations with the players we have now so talk of bringing in new players interferes with that,” he said. “The next window is only a few months away so I think that will give us time to see where we need to beef up but in the meantime, we have enough cover in all positions.

“We are a work in progress. When you try to get the combinations right and sometimes it is a case of trial and error. Good decision-making and understanding come with familiarity and the more we play and train together we’ll continue to get better.

Just this past weekend it was an all too familiar story of plenty of possession for Kaizer Chiefs but too little final product, as Amakhosi were held to a frustrating 1-1 draw on the road by Marumo Gallants.

The draw disappointingly drops Chiefs into the bottom three on the log, just a point above Gallants, who lift themselves off the foot of the table above Sekhukhune United.