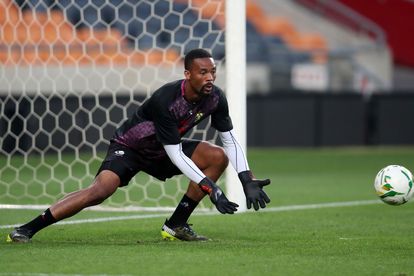 Amazulu’s Benni McCarthy and Veli Mothwa were awarded Coach and Player of the Month, respectively, for March/April after an excellent month in the DStv Premiership

READ | KAIZER CHIEFS PATH TO SURVIVAL IN THE DSTV PRIEMERSHIP

AmaZulu had an incredible month that started with a 1-0 triumph over SuperSport United.

They then went on to win six matches in a row before drawing against defending champions Mamelodi Sundowns.

This was the only time in eight games that the eThekwini-based side failed to score a goal and dropped any points.

AmaZulu went on to score an incredible 13 goals, only conceding one during this period.

McCarthy follows Swallows FC coach Brendon Truter as the only other coach to win this award in consecutive months this season.

“Benni McCarthy has been recognized for AmaZulu’s near-perfect Dstv Premiership record in March/April by claiming the DStv Premiership Coach of the Month,” read a statement from the League.

“McCarthy’s Usuthu began the month of March with a 1-0 victory over SuperSport United and went on to further triumph in six more games and played to a draw against defending champions Mamelodi Sundowns – the only game they failed to score in out of eight outings.”

He has been solid, versatile and hard-working.

Mothwa is everything you want and need in goal.

Usuthu’s last line of defence earned a call-up to the national team in March.