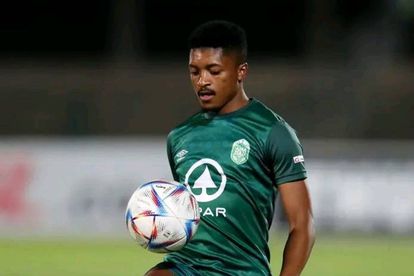 AmaZulu FC coach Brandon Truter has given an assessment on Dumisani Zuma who joined the club at the start of the season after parting ways with Kaizer Chiefs.

The 27-year-old midfielder got his first start when Usuthu suffered a 2-1 home defeat at the hands of Chippa United on Saturday afternoon at the Moses Mabhida Stadium.

Having spent most of the previous season on the stands at his previous club, Zuma is somewhat rusty, but Truter can see progress in the Pietermaritzburg-born star.

ALSO READ: WHAT MIGUEL TIMM OPENS UP ON HOW ORLANDO PIRATES MOVE OCCURED

“The boy is performing well during the training and when he came on in the MTN8 game [against Cape Town City], he did very well,” Truter said in response to The South African‘s question.

“So, we know the qualities that he possesses as well and that’s the reason he got to start today.

“Look Bongs [Bonginkosi] Ntuli, we all know him, he hasn’t played a lot of football last season with the injuries and stuff, he came in this season now he’s magnificent for us.

“But we felt this was a perfect opportunity for Zuma to get a start and rest Bongs [Ntuli] considering the next game.

ALSO READ: MANQOBA MNGQITHI ON WHEN TO EXPECT BONGANI ZUNGU ON ACTION

“But we felt the turnovers like we said when we played straight into that front three, it was turnover. Bongs [Ntuli] brought us another dimension when it go with him, he kept it a bit, he could bring other players into play as well.

“It wasn’t that that Zuma did badly or performed badly why he was substituted, it was just that better response as well.

“And at that time also [Augustine] Kwem and Major [Lehlohonolo Majoro] both of them had one or two chances, the same with Zuma I think that cutback from Kwem, we just passed it to the keeper.”

Ahead of Usuthu lies a tough test against Mamelodi Sundowns in the DStv Premiership on Sunday, 18 September.

Meanwhile, Masandawana got the better of Golden Arrows with a 2-1 victory at the TUKS Stadium on Saturday night to retain top spot in the league standings.