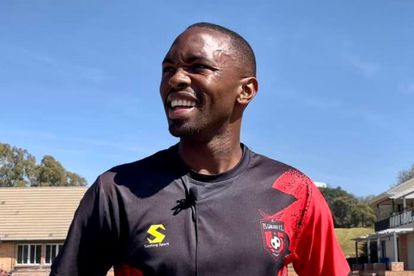 TS Galaxy visit Orlando Pirates at Orlando Stadium with one thing in mind, and that is to bounce back from last week’s loss to Cape Town City.

Now, with the experience Sead Ramovic has at his disposal, it shouldn’t be difficult for him to pick a starting line-up capable of beating Pirates.

Of course, the likes of Vuyo Mere and Bernard Parker haven’t been starting regularly, but perhaps this is the perfect game for at least one of them to start.

And that’s none other than Kaizer Chiefs legend Parker who joined The Rockets on a two-year deal at the start of the season.

Parker is yet to make his debut for TS Galaxy since arriving, and that’s because Ramovic is trying to give him as much rest as possible after having played many games for Chiefs last season.

However, TS Galaxy might be in need of his services more for this encounter – and here is why…

ORLANDO PIRATES VS TS GALAXY: WHY BERNARD PARKER SHOULD START

Parker, 36, has played against Pirates many times in his career, and his experience and big match temperament are exactly what TS Galaxy need for this game.

Furthermore, Parker appears to enjoy facing Pirates, according to stats, and this is where Ramovic should capitalise.

Parker has faced Pirates 33 times in his career, and he has managed to find the back of the net thrice while registering six assists in the process.

The attacker’s presence on the pitch alongside Sibusiso Vilakazi could be what the doctor ordered, as the latter doesn’t have a bad record either against Pirates.

Vilakazi faced Bucs 18 times in his career, and he scored twice against them and registered a single assist but that doesn’t mean he contributed less in those matches.

ALSO READ | EX-PIRATES SPILLS THE BEANS: NOT ALL COACHES WERE IN CONTROL!