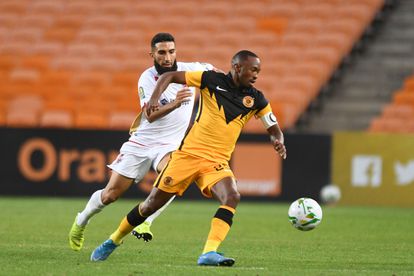 Kaizer Chiefs utility player Bernard Parker doesn’t see himself leaving Naturena any time soon despite calls from a number of fans for the club to let him go.

Parker is in the final months of his contract with Amakhosi, and speaking to Thabiso Mosia on SA FM on Monday, the midfielder said he hopes to stay at Naturena for a very long time.

He further confirmed that his agent, Mike Makaab, is busy with securing his Chiefs future.

“I hope that I can stay at the club for a very long time. My agent is currently busy with that,” revealed Parker.

In what those who want him gone at Chiefs won’t like to hear, Parker said he sees himself finishing his career at the Soweto giants.

“I see myself finishing my career at Chiefs,” said the 35-year-old former Bafana Bafana attacker.

“The criticism doesn’t bother me. I’m a true professional. What is said outside about me is different to what’s being said inside the club,” added Parker.

Parker has been with Chiefs for a decade now having joined them upon his return from Europe in 2011.

He has won a number of trophies with the Glamour Boys, including two league titles between 2013 and 2015, the MTN8 and Nedbank Cup titles.

Parker has also been instrumental in Chiefs reaching the quarter-finals of the ongoing CAF Champions League tournament.