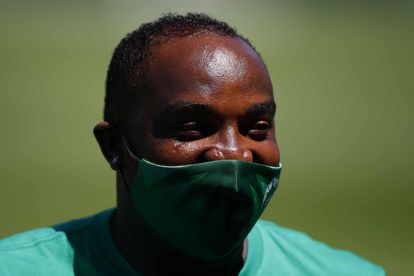 AmaZulu coach Benni McCarthy has hailed his side’s tenacity after they overturned a first-leg deficit to progress to the next round of the CAF Champions League. © Steve Haag/BackpagePix

AmaZulu coach Benni McCarthy has hailed his side’s tenacity after they overturned a first-leg deficit to progress to the next round of the CAF Champions League. © Steve Haag/BackpagePix

AmaZulu coach Benni McCarthy saw positives in his team’s performance at Kings Park in Durban on Wednesday, despite losing 1-0 to Soweto giants Kaizer Chiefs in the DStv Premiership.

It was Benni McCarthy’s first defeat in what was his third match in charge since taking over at the KwaZulu-Natal club last month.

“I’m very disappointed because I think it was a tremendous opportunity for us to have walked away with three points because Kaizer Chiefs aren’t in a good way,” McCarthy said post-match.

“They are a giant, so when you play giants, whether they are in top form or nor so top form, and you play the way we did, and create the chances we did, then you have to be clinical.

“You have to put the ball in the net because teams like this only need one chance to punish and unfortunately that is exactly what happened. Their chance was from a mistake from us.”

Chiefs scored the only goal of the match in the 11th minute through recalled striker Samir Nurkovic and went on to record only their second league win of the season.

THERE WERE MANY POSITIVES – BENNI MCCARTHY

“I’m happy with the way we pushed them all the way and searching for that equaliser. We could have had it but you know we are going to be continuing to work.

“There were so many positives; the confidence, the way we moved the ball, the chances that we created.

“Now we need to work on putting those chances away. Things then won’t be so complicated for us,” Benni McCarthy said.

AMAZULU NEXT IN ACTION AGAINST MARITZBURG UNITED

Chiefs moved up to 10th place in the standings after their victory, while AmaZulu remained in ninth spot with both teams having played 10 matches.

Amakhosi will next be in action on Saturday, January 16 in a mouth-watering DStv Premiership clash against Cape Town City at the Cape Town Stadium at 17:00.

AmaZulu, meanwhile, will welcome Maritzburg United to Kings Park for a KwaZulu-Natal derby on Sunday, January 17.

‘Nobody knew who Senzo was’: Kelly Khumalo angers tweeps [watch]