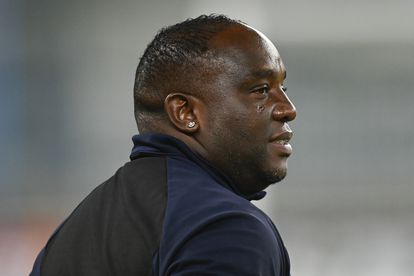 Benni McCarthy was surprisingly not selected by Orlando Pirates, however, a return to the PSL is still possible. These THREE huge options available…

McCarthy was strongly linked to the Pirates job but then they announced Jose Riveiro.

Now, one of SA’s best is currently without a job. Here are THREE sides he could coach next.

MCCARTHY’S FUTURE: THREE CLUBS HE COULD COACH NEXT

SuperSport United have still not appointed a head coach since axing Kaitano Tembo.

With names such as Stuart Baxter and Lehlohonolo Seema being listed as potential replacements. Despite McCarthy apparently turning down the role, nothing is set in stone yet. As we have learnt throughout the past few weeks. Not one of the four candidates listed for the Pirates job was chosen with Pitso Mosimane, Cavin Johnson, Gavin Hunt and McCarthy snapped. Even MaMkhize’s Royal AM announced a shock coach who was not a part of the supposed three-man shortlist.

Perhaps a more surprising option is Arrows. McCarthy is located in eThekwini, having coached AmaZulu.

This move would allow him to stay where he resides while coaching his former side’s rivals. A new challenge, a fresh start and he could remain in the DStv Premiership, having missed out on the Bucs role.

Pressure is on coach Hugo Broos after a string of disappointing results by the national side. A dull 1-1 draw against Guinea was followed up with a 5-0 humiliating loss to world champions France.

This has resulted in frustration amongst fans. As things stand, he will take charge of Bafana’s matches against Libya, where they expected to win and qualify for the 2023 African Cup of Nations. If he does not perform will in next years tournament then he is likely to be axed. There is also the option of adding McCarthy as one of the assistants.

Finally, we cannot rule out the possibility of McCarthy making a return to Europe.

He won the UEFA Champions League with Jose Mourinho in 2004 and was one of the big stars of former English Premier League side Blackburn Rovers. So he has a rich history in Europe.

Where would you like to see McCarthy coach next?