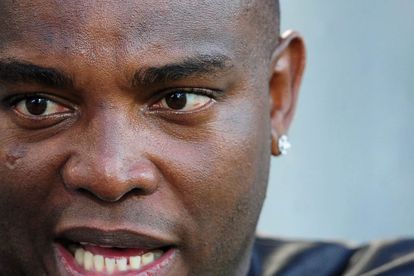 Benni McCarthy is only two seasons deep into his first gig as head coach at a top flight club, but his name is already being bandied about as the next man for the Bafana job.

The Cape Town City mentor has kept his club among title contenders across competition, even bagging his first trophy when they lifted the 2018 MTN 8.

With the national head coach post now vacant, following Stuart Baxter’s resignation, McCarthy’s name has featured prominently in the discussion about who should take over the reins.

McCarthy committed to building with the Citizens

Speaking after City defeated Stellenbosch FC in a historic Cape Derby, McCarthy said he was flattered to be linked with the Bafana job.

“As a coach, I am flattered that my name is floating around for the big jobs. It shows that myself‚ my [technical] team and the players are doing a great job if we are getting noticed.

“So if the time comes‚ my chairman [John Comitis] will let me know what is happening. But for me‚ I am 150 million percent focused on the project that I am involved in at City and what I am building here.”

McCarthy was appointed Cape Town City coach ahead of the 2017/18 season, replacing Eric Tinkler, who had taken up the Supersport United job.

Within weeks, the two Bafana legends were soon pitted against one another in a high-stakes encounter,  the 2018 MTN 8 final.

It was United who came out victorious on that occasion, but the Citizens would get their revenge a year later in a repeat of the previous final, winning on penalties to land the club its first-ever trophy.

McCarthy reiterated his commitment to the Mother City outfit but indicated he would consider taking up the Bafana job if he was ever approached.

“If that ever becomes a subject‚ then we will tackle it when we get there,” he continued.

“Then the passion rotates – but for now‚ everything I have within my body goes towards this team and this club.”

Safa is currently in search of Stuart Baxter’s replacement, following his departure. In the meantime, the Englishman’s former assistant Molefi Ntseki has been placed in charge on an interim basis.