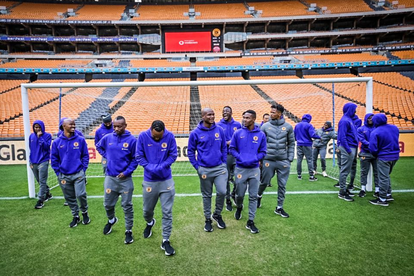 No more maybe’s and if’s,  Kaizer Chiefs have made the big call: Arthur Zwane is the man given the enormous to return Amakhosi to their past glory as the best club on this land.

As The South African reported on Thursday, the big news was announced at a live press conference from the FNB Stadium. Zwane signed a three-year deal while Dillion Sheppard will be his rand-hand man.

Amakhosi fans have been complaining too long about playing style. We therefore looked deep to see what type of playing systems Zwane has used as the interim.

In case you forgot, Arthur Zwane started to take over just over a month ago. The event was in the Western Cape where his team lost 1-0 to Stellenbosch FC.

Here are all the formations from his five games, according to Transfermarkt:

So what should we expect next season? Well, it will surely depend on the type of midfielders and forwards the club will be signing in the coming weeks.