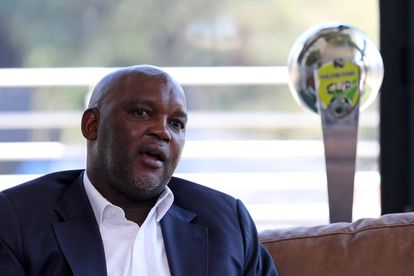 READ | THE NEXT SOWETO DERBY WILL BE THE 100TH!

Nagy was in Manuel Jose’s coaching staff as the goalkeeping coach during his six-year tenure before coaching the Egyptian national team.

He also led them to a third-place finish in the 2006 Club World Cup, becoming the first African and Arab team to complete this achievement.

Despite Pitso Mosimane’s impressive feat of winning the CAF Champions League and Egypt Cup in the span of three months, Nagy believes that there’s still some time until we can compare both coaches.

READ | THE NEXT SOWETO DERBY WILL BE THE 100TH!

“Jose was the full package. He brought intelligence, strength and dominance wherever he went.

“He had a great personality and was loved by everyone. Even though Cuper and Aguirre were great managers, Jose was something else,” Nagy added.

Mosimane will look to land the Club World Cup title in the coming days when Al Ahly kick off their challenge against Al-Duhail on Thursday, 4 February.

Should they win that quarter-final match, Al Ahly will face Bundesliga giants Bayern Munich in the semi-finals.

‘Suited for each other’: Mzansi pairs Nomzamo and King Misuzulu

‘You deserve it’: Fans slam Musa’s petition to get Moshe fired

ICYMI: Reason for Boks starting Dweba ahead of Marx

National Shutdown: Which roads, sites, and regions will be affected in Western Cape