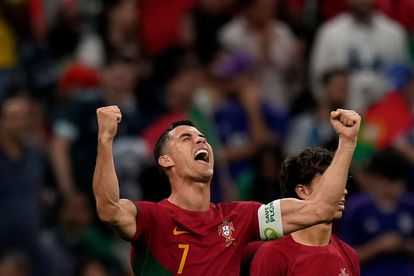 Cristiano Ronaldo’s alleged lucrative £172.9million-a-year deal with Saudi Arabian side Al Nassr will make him the highest paid athlete in the world.

According to the Daily Mail, Ronaldo – who currently without a team he severed ties with Manchester United recently – is set to sign a bumper £172.9million-a-year (R3 510 203 697,00) contract with this new club.

The 37-year-old centre forward reportedly rejected a switch to Saudi last summer, but it now appears that an astronomical offer has come in from Al Nassr to tempt him into this unexpected move. And Spanish newspaper outlet Marca reports that the player has already agreed to join Al Nassr on a two-year deal.

It is believed the deal hinges on whether an agreement on these two key points can be reached between the Saudi Arabian club and Ronaldo’s camp.

If Ronaldo’s move to Al Nassr is confirmed, he will become the highest paid sports person, according to Forbes.

At 27, the Greek basketball star is the youngest player on the list for his £67.7m salary at NBA franchise, The Milwaukee Bucks.

Widely regarded as the greatest quarterback of all time, Brady earns a salary of £70.2m per year at the Tampa Bay Buccaneers.

The Brazilian superstar plays for Paris Saint-Germain (PSG) and makes £72.8m per year.

The Mexican middle and light weight champion rakes in about £75.3m per year.

The recently retired Tennis ace — arguably the greatest champion this sport has ever seen — bags a handsome salary of £75.9m per year.

A two-time champion with the Golden State Warriors, Durant now plays for the Brooklyn Nets, where he gets paid £77m a year.

The greatest shooter to ever grace a basketball court, Curry has led the Golden State Warriors four NBA titles. He takes home £77.6m per year at the Warriors.

The face of the NBA and arguably the greatest-ever player in the league, four-time champion James earns £101.4m per year at his franchise, the Los Angeles Lakers.

Widely regarded as the greatest footballer of all time, Messi £103.4m per year at PSG and currently top the highest earners list. He will move to second when the Ronaldo deal is confirmed.

Ronaldo was third on the highest-paid athletes list, earning £83.6m per year at Manchester United. But his £173m per year payout at his new club Al Nassr will not only see him double his salary, it will also dwarf his long-time rival Messi’s salary.