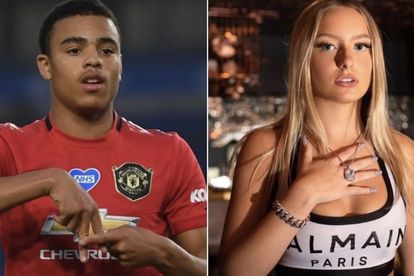 Greenwood has received yet another reprieve as his bail has been extended – once again – after he was arrested on suspicion of rape and domestic abuse earlier this year.

He is currently out on bail, but remains under ongoing police investigation, based on charges related to the “rape and assault of a young woman” and “suspicion of sexual assault and threats to kill”.

Last week, it was then revealed that the police investigation remains ongoing, but there has now been another application to extend his bail, which was duly granted after a hearing on Thursday.

It was held in open court, and Greenwood did not have to attend.

Greater Manchester Police (GMP) applied to have his bail extended at Manchester and Salford Magistrates, where it was granted. Police continue to investigate the matter, and did not specify when his bail will run out .

A GMP spokesperson said: ‘As the outcome of bail reviews does not impact the progression of investigations, Greater Manchester Police will not be providing any further updates in relation to this case until the suspect is charged or released facing no further action.’

According to reports, United sources have suggested the player will remain suspended as long as the police investigation is ongoing.