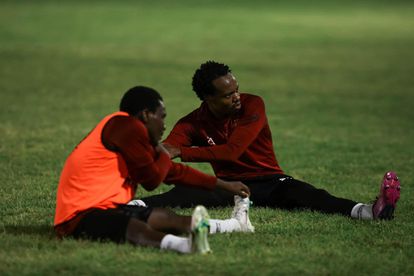 Club president Mahmoud El-Khatib had previously released a statement declaring their withdrawal from the Egypt Cup due to their frustration with the officiating.

He also revealed that Al Ahly will play their remaining league games with youth players as senior players are set to be rested ahead of the new season.

However, Al Ahly have made a U-turn on their decision and will continue their journey in the Egypt Cup this season.

READ ALSO: WHAT BAFANA BAFANA SHOULD DO TO REDEEM THEMSELVES – TEKO MODISE

A win over second-division side Al Masry Alloum back in June cemented Al Ahly’s place in the Egypt Cup quarter-finals against Misr El-Makkasa.

No sign of Percy Tau in Al Ahly squad

Ahead of the clash, Soares has made a change in his squad leaving out South Africa international Percy Tau who came on as a substitute in Al Ahly’s last two league matches.

The Portuguese manager has also excluded a number of senior players who are also set to miss out on the clash as they are rested for the new season.

Five arrested for dealing in dagga – cookies and candies seized