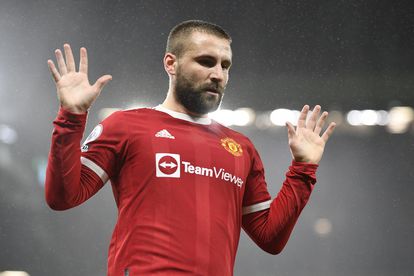 Man United’s disappointing 1-0 home defeat to Wolves on Monday represented a fourth league defeat in 10 games at Old Trafford this season, and it’s a result that leaves the Red Devils languishing in seventh on the English Premiership standings.

It’s officially the end of the “honeymoon period” for interim boss Ralf Rangnick, who had previously picked up 10 points from his first four games in charge.

Speaking after the game, a clearly downcast Luke Shaw said the side was lacking both aggression and intensity.

“We look our squad, our team, the players we have, we have unbelievable quality,” Shaw told Sky Sport. “Sometimes quality isn’t enough.

“Inside the dressing room we know we want to win, we know what we want but I think when we step out on that pitch we need to give 100 percent, everything we’ve got.

“I think to win these types of games against a tough team like Wolves we all need to be 100 percent committed because we know it’s always close games whoever they play.

“We have time now to refocus. We’ve got a long training week and maybe the manager can bring some more ideas on what he wants on the pitch.”

Manchester United will next face Aston Villa in the FA Cup on Monday, with pressure already quickly increasing on their new manager and numerous underperforming players.

READ | ALL THE PREMIER LEAGUE RESULTS FROM NEW YEAR’S DAY