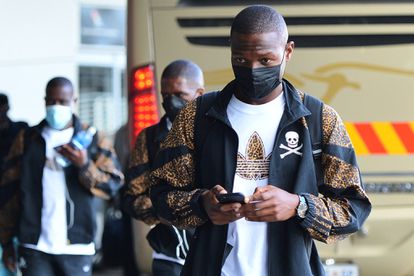 Despite it being over 6 000km from Soweto, Orlando Pirates are hoping to enjoy ‘home’ support in the CAF Confederation Cup final in Nigeria. Photo: Twitter @OrlandoPirates

Despite it being over 6 000km from Soweto, Orlando Pirates are hoping to enjoy ‘home’ support in the CAF Confederation Cup final in Nigeria. Photo: Twitter @OrlandoPirates

Despite it being over 6 000km from Soweto, Orlando Pirates are hoping to enjoy ‘home’ support in Friday’s final of the CAF Confederation Cup in Nigeria.

The Buccaneers will take on Moroccan side RS Berkane who need to travel around 4 725km in order to get to the Godswill Akpabio International Stadium in Uyo, making it a truly ‘neutral’ venue.

However, Orlando Pirates co-coach Fadlu Davids hopes the presence of Nigerian Olisa Ndah can help tilt support in favour of his side.

In addition to Ndah, Orlando Pirates have two players from Ghana – Richard Ofori and Kwame Peprah – which is just a hop and skip away from Nigeria, in their squad.

Davids’ hope is that Nigerians and Ghanaians fill the stadium and show their support for Orlando Pirates.

RS Berhane do not have any Nigerians, nor players from Ghana for that matter, in their squad.

Ndah was a key member of the Akwa United side which won the Nigeria Professional Football League title last year before he secured a move to the Buccaneers.

The 24-year-old centre-back linked up with Orlando Pirates in August 2021 and has ousted former Bafana Bafana captain Thulani Hlatshwayo from the starting XI as he partners skipper Happy Jele in defence.

“We are quite happy because it’s a neutral venue. If the final was in Morocco, it would have been a different story. So we are quite happy,” Fadlu was quoted as saying by the GOAL website.

“I urge the Nigeria supporters to come and support us. Their prodigal son, Ndah, returns to their stadium. We are playing at the Akwa Stadium where he won the league before joining Pirates. We hope the Nigerians will get behind us at the stadium.

“We hope to have the extra 12th man in the stands at the stadium. So, we are hoping that they come out in numbers. A neutral venue could become our home ground. So, we are quite happy with the venue,” he said.

To date there has been no CAF Confederation Cup winner from Mzansi.

Body found in stormwater drain – do you recognise these tattoos?

WATCH: Serena Williams delivers an emotionally charged speech after exiting the US Open