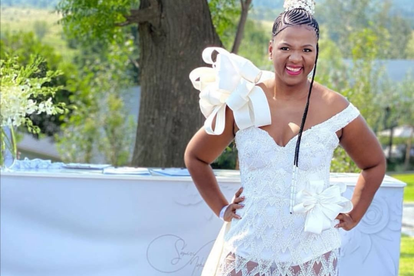 TP Mazembe will take a first step toward becoming African club giants again when they face South African side Royal AM in November. Image: @elton_newton / Twitter

TP Mazembe will take a first step toward becoming African club giants again when they face South African side Royal AM in November. Image: @elton_newton / Twitter

ALSO READ: DSTV PREMIERSHIP MIDWEEK FIXTURES: WHO THE ‘BIG 3’ WILL BE FACING

The teams, who have vastly different international experience, were paired when the CAF Confederation Cup playoffs draw was made in Cairo on Tuesday.

Based in the southern Congolese city of Lubumbashi, Mazembe have been competing in Africa since 1967, winning 11 titles, including the marquee CAF Champions League five times.

Royal AM were promoted to the South African top flight only last year and are making their first appearance in a continental competition.

Without a CAF title since 2016, Mazembe started this season in the Champions League, but were relegated to the Confederation Cup after a shock loss to Ugandan side Vipers last weekend.

Mihayo aims to win the Confederation Cup a third time after successes in 2016 and 2017 before Moroccan clubs became dominant, winning four finals and finishing runners-up in the other.

Rookies Royal AM upset Zesco United of Zambia in the second Confederation Cup qualifying round after a routine victory over Mbabane Highlanders of Eswatini.

All three Royal AM goals in Africa came from veterans with Ruzaigh Gamildien, 33, scoring twice and Mozambican Elias ‘Domingues’ Pelembe, 38, once.

To score against Mazembe, who lost to Inter Milan in the 2010 Club World Cup final, they must pierce a defence likely to include DR Congo international Issama Mpeko, 33.

ALSO READ: ROMAIN FOLZ ON WHY AMAZULU APPOINTED HIM

Rivers play Al Nasr and Plateau come up against Al Akhdar in the first legs on November 2, with the return matches seven days later.

Title-holders Renaissance Berkane of Morocco continue a quest for a record-equalling third Confederation Cup title against US Monastir of Tunisia.

ALSO READ: EVERY TEAM TO HAVE QUALIFIED FOR CAF CHAMPIONS LEAGUE GROUP STAGE TO DATE

Note: The 16 winners qualify for group stage from February 12