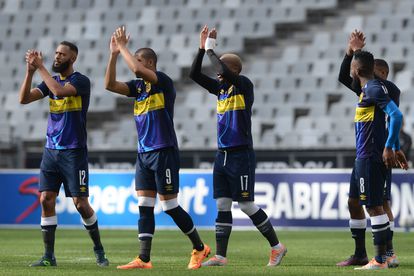 There will be unconfined joy in Cape Town this weekend after Orlando Pirates and Royal AM drew 2-2 on Friday evening.

Pirates led 2-0 but surrendered their advantage and conceded a stoppage-time equaliser.

The results mean that neither side can haul in Cape Town City who clinched second place in the league and a spot in the Caf Champions League.

Royal AM could have snatched the place with a victory over Orlando Pirates but went behind as early as the seventh minute and only restored parity with the clock in the red.

The Citizens will take part in the Caf Champions League for the first time next season thanks to the result.

The second-place finish is also the best final league position achieved by the club who only moved into the top two late in the season with other contenders falling off the pace.

The Citizens achievement underlines the value of resilience in this league with the other sides seemingly losing their way after Sundowns were confirmed champions a few weeks ago.

Cape Town City enjoyed a 13 match unbeaten run leading up to the final match of their season, a Cape derby which they lost leaving the Caf Champions League position up for grabs.

Cape Town City will naturally want their best players to remain in the Mother City as they bid for continental glory alongside PSL champions Mamelodi Sundowns.

The finish to the season has also raised the stock of coach Eric Tinkler but it seems Cape Town City needn’t worry too much about the big guns coming for their coach unless Orlando Pirates lose patience with Mandla Ncikazi and Fadlu Davids.