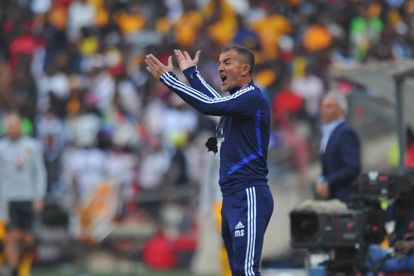 Micho, as he’s affectionately known as by the Buccaneers faithful was reportedly arrested by South African authorities based on sexual harassment allegations earlier this week.

The now Zambian national team coach was in Port Elizabeth as part of his scouting program with the U20 Zambian team featuring in the U20 COSAFA Championships in the Nelson Mandela metropolitan.

“It is alleged that earlier this week on Monday 07 December, during the Cosafa Games in Port Elizabeth, a 39-year-old woman was delivering coffee at the Wolfson Stadium when she asked Sredojevic if he would need sugar with his coffee.

“He allegedly said no and disclosed that he needed another type of sugar while pointing at her private parts. It is alleged that the lady complained to her boss, who in turn warned Sredojevic not to do it again.

“Later on that day, the lady went to deliver coffe again at same stadium and this time Sredojevic allegedly touched her buttocks. He was granted R10 000 bail and his next court appearance will be on 25 February 2021.”

The former Orlando Pirates coach was accused of a similar incident during 2019 following his departure from Orlando Pirates. He is set appear in court early next year after being released on R10 000 bail.