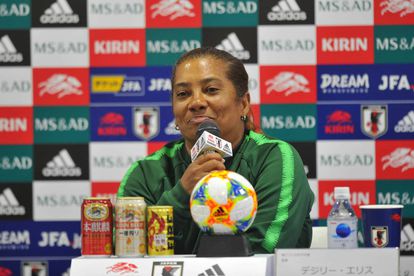 Banyana Banyana have qualified for the 2022 Africa Women Cup of Nations following their 3-1 aggregate win over Algeria on Wednesday.

Desiree Ellis’ charges headed into the second leg against Algeria with a two-goal advantage from the first leg.

And all they needed was a draw while a 1-0 defeat on the day would have also seen them qualify for the continental showpiece.

Algeria were the first to score via Sylia Koui on the stroke of half-time to send Banyana Banyana into a panic mode going into the second half.

Banyana Banyana did enough to claw back into the game, thanks to Linda Motlhalo‘s 62nd-minute spot-kick.

Ultimately, the match ended in a 1-1 draw – the result perfect enough for Banyana Banyana to book their ticket to the AWCON finals.

WHEN AND WHERE IS THE AWCON FINALS?

The 12th edition of the AWCON will be hosted by Morocco where 12 African countries will battle it out for the ultimate crown and prize.