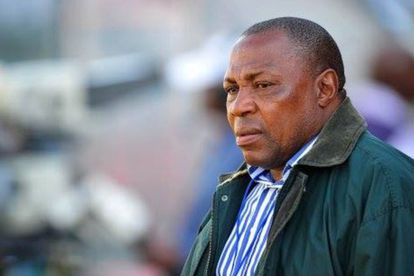 He has raised concerns about Broos’ leadership and his main gripe is the snubbing of senior players, particularly Themba Zwane who only got his first call-up under the Belgian coach last week for two international friendlies.

ALSO READ: WHY WE CHOSE TO PLAY SIERRA LEONE AND BOTSWANA

“I think we are sitting with a big problem regarding our national team,” Mashaba told KickOff.com.

“I don’t know if it’s a question of egos or people working against each other. If you select a national team you can’t play without Themba Zwane in the middle.

“Uzabe uyasihlolela (It’s a shame) because if you look at how the Sundowns players combine, they are not playing because of reputation but they are playing to win.

“Themba can score, pass, create, so why is he is not a regular in the national team? If I was him, I would build my team around Themba.

“But at least he [Broos] is now starting to smell the coffee. All of us [former national team coaches] talked about building a team with young players, but you also need experience in that team you are building.

“People were complaining asking why I selected Thamsanqa Gabuza as coach, I mean if you have a player like that in your striking force what does it say to you?

‘PLAYERS WHO DON’T DESERVE TO BE IN THE NATIONAL TEAM’

“But right now, I don’t want to mention names, but there are players who don’t deserve to be in the national team. I’m only worried about the likes of Helman Mkhalele because I don’t know if they’ve got any input in all this.

“The coach is not a local, but still made a silly statement that the DStv Premiership is flat, it doesn’t have players. So where is he going to get players from?

“And I was shocked when he reserved to say apology. That alone shows he’s got no resistance in what he does. Now he’s reversing, and if his first gear is not steady he is going to hit brick walls if he is not careful. Because of his reverse, it’s more like driving in gear number one.

“Broos, we are getting nowhere with him. I’m not disrespecting Helman he used to be a good player, but he’s jumped steps to be where he is now. This is a national team, not club coaching. Being a good player doesn’t guarantee that you will be a good coach.

“So between him and the coach there should be two, three guys who will serve as their advisors. All we hear is that SAFA have a technical chairman, I haven’t heard any comment from those guys talking about the national team, and some of them I don’t know them.

“So those are the things we need to sit down and deal with.”

ALSO READ: THE BEST OF BONFILS-CALEB BIMENYIMANA STILL TO COME?