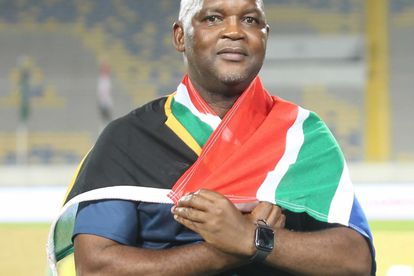 Bafana Bafana heading into Sunday’s final group match against Ghana top of Group G and needed a win or draw to progress to the next stage of qualifying.

Alas, it was not meant to be.

Black Stars skipper Andrew Ayew – in his 100th international appearance – scored from the penalty spot in the 33rd minute as Ghana ended up topping the group on goal difference.

The match was shrouded in controversy after Ghana were awarded a dubious penalty after Bafana Bafana defender Rushine De Reuck was adjudged to have committed a foul in the box from a corner.

De Reuck received a yellow card for his actions.

Shortly afterwards Pitso Mosimane took to Twitter to write: “Penalties!! CAF World Cup qualifiers: DRC vs Benin Ghana vs SA What’s your take ? What is the solution to this challenge? How far in years between UEFA and CAF Football (National teams and Club Football).”