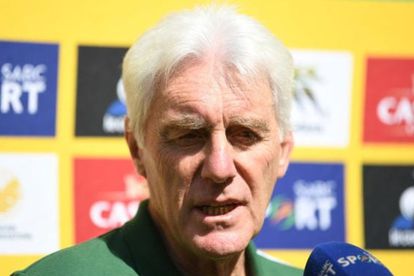 Bafana Bafana head coach Hugo Broos has shared his thoughts following the two friendlies that his side recently played.

Two months ago, they secured back-to-back wins against Sierra Leone and Botswana.

The Belgian tactician seems content with with the performances of his side and believes they have improved.

BROOS – WE WILL QUALIFY FOR AFCON

“I’m satisfied about the camp. We played two games against opponents who will be similar, I think in March, against Liberia so it was a good test,” Broos said as per KickOff.

South Africa will play Liberia twice in March next year in the Africa Cup of Nations qualification group stage in what will be their next assignment – unless matches are arranged prior to that.

South Africa will host the first match on 20 March before they visit the Lone Stars on the 28 March.

ALSO READ: BONGANI ZUNGU ON THE STANDARD OF PSL FOOTBALL