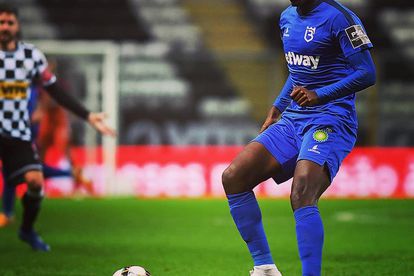 Broos named his final Bafana Bafana squad for friendly internationals against Guinea and France this month, without both Phete and Sithole.

Both Phete and Sithole didn’t even make the preliminary squad

Both Phete and Sithole failed to even make the preliminary Bafana Bafana squad, which was very perplexing to many. When Broos took over the national team reins in 2020, he preached the use of a younger players, as well as encouraged the country to export more players to top European leagues. Most recently, upon the announcement of his preliminary squad he mentioned that he selected the squad with the intentions of fixing the lack of physicality he spotted against Ghana in the controversial Qatar 2022 World Cup Qualifier.

The Belenenses duo of Phete and Sithole are probably the only duo that fit all three of those categories. The duo play more often than not in the Portuguese top flight, are two physical specimen, which are a rare breed in South African football, with Phete being the only one to hold his own against Ghana in the midfield. Lastly at the ages of 27 and 23 respectively, the duo are young enough to be involved in two and three international tournaments each. Those being reasons enough to question their omission for games against high level and physical opponents.

When quizzed about their omission from the current Bafana Bafana squad by The South African News, Broos gave his reasons.

“Yeah, first of all we have some problems with some injured players. Phete is injured, (Rivaldo) Coetzee is injured, (Branden) Petersen is injured, and I forget one. And uhh, Sithole, his papers were not in order so I he can’t travel, so we have to take other players for that. But again, those are two friendly games and I can afford myself to try somethings, to look myself some new players because the result is not important” explained Broos

Judging from that, both Phete and Sithole would’ve been in Broos’ national squad, and therefore not all is lost for the duo.