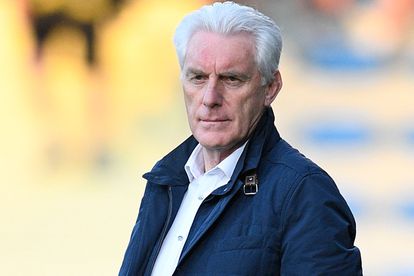 The Ghanaians opened their qualification campaign with a crucial 1-0 victory over Ethiopia while Bafana played out to a goalless draw against neighbours Zimbabwe.

Hugo Broos side will be desperate for three points when they host a rather thin Black Stars side. Five of Ghana’s star players were unable to travel to South Africa due to COVID-19 restrictions in the United Kingdom.

“We need some time. We are building a team, we are trying to build a young team. For me, it’s important to see how good the young players are because you can be good in the league, but it is a level higher. It’s tougher.” Bafana head coach Hugo Broos said.

“This is something that I want to see tomorrow if those guys are ready or not. For the future, the same thing, maybe I have to make changes for Ethiopia because some players are not of the quality I want for this Bafana team.

“We need some time, but that doesn’t mean we won’t be aiming for the win. We are focused on building a team, but we are also focused on getting results and that’s why we wanted to win on Friday.

“Everybody wanted to win, the players wanted to win but okay, we didn’t, so now tomorrow it is the same, we will try to win. Then after the game, I will see if I am satisfied or not.

“If the opponent is so strong and much stronger than Bafana Bafana, I will maybe be satisfied with the performance of the team, but I will not be satisfied if I see a team that doesn’t fight and this is important. The mentality on Friday was good, so I hope to see the same thing.”

Action at the FNB Stadium gets underway at 18:00. The match will be televised live on SABC3 while you can also live stream it on SABC’s TelkomOne channel.

This website will also be providing you with live coverage from Bafana Bafana’s clash against Ghana on our LIVE BLOG which begins 30 minutes before kickoff.