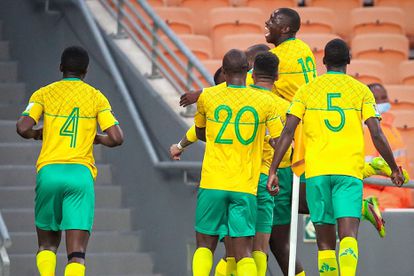 Bafana Bafana remain firmly on track to qualify for the 2022 Soccer World Cup after beating Ethiopia at the FNB Stadium on Tuesday evening. Photo: Twitter @BafanaBafana

Bafana Bafana remain firmly on track to qualify for the 2022 Soccer World Cup after beating Ethiopia at the FNB Stadium on Tuesday evening. Photo: Twitter @BafanaBafana

Action at the FNB Stadium is scheduled to get underway at 21:00. Take a look at how you can live stream tonight’s game for free.

Ronwen Williams: I already feel at home at Sundowns!