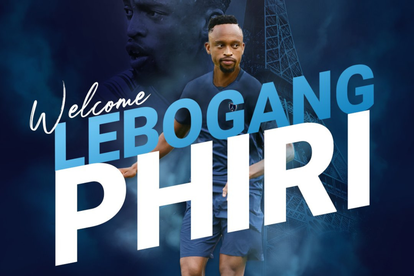 Will Lebogang Phiri earn a recall to Bafana Bafana? Coach Hugo Broos will surely sit up after reading these news.

Following a season with Turkish Super Lig outfit Rizespor, the 27-year-old Phiri has now signed for Paris FC in Ligue 2.

The Johannesburg-born Phiri is no stranger to France.

Phiri previously spent three seasons with Guingamp before the unexpected move to Turkey last season where he played 17 games that included two assists.

He has since been announced by Paris FC on Thursday.

Meanwhile, it remains to be seen if Broos will continue to ignore Phiri for the national side after this move.