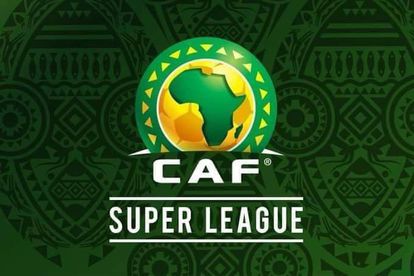 The Africa Super League was launched this week amid much fanfare, with huge prize money for the 24 clubs who qualify for the first edition. Photo: CAF

The Africa Super League was launched this week amid much fanfare, with huge prize money for the 24 clubs who qualify for the first edition. Photo: CAF

The Africa Super League was launched in Tanzania this week amid much fanfare, with huge prize money for the 24 clubs who qualify for the first edition next year.

The first edition of the Super League is set to kick off in August 2023, continue until May 2024 and culminate in a “Super Bowl-like” final.

Below, a look at what is known about the Africa Super League and also what is not known about a competition set to give football in Africa a considerable boost.

The Super League will begin with three eight-club regional groups – north, west-centre, south-east – and each team plays the other seven at home and away.

The top five finishers in each section plus the best sixth-placed side advance to a knockout phase consisting of a round of 16, quarter-finals and semi-finals over two legs and a final.

Qualifiers will be decided by rankings based on results in CAF competitions over a period of time yet to be announced.

There will reportedly be clubs from 16 countries in the launch edition with a maximum of three from a nation. Morocco could provide Casablanca clubs Raja and Wydad plus Renaissance Berkane.

The original plan to have 20 permanent Super League members with a few additional clubs qualifying has been scrapped.

Instead, promotion-relegation play-offs from the end of the first edition will determine the make-up.

CAF president Patrice Motsepe said each qualifier would receive $3.5 million up front to cover travel and accommodation costs and to strengthen squads.

Travel costs severely deplete the funds of Champions League competitors with only the 16 clubs who reach the group stage receiving prize money, starting at $550 000.

VAR will be used in all 197 group and knockout matches, which CAF hopes will dramatically reduce the number of complaints about biased refereeing.

FIFA president Gianni Infantino has proposed creating an elite panel of full-time African referees, who would be funded by the world body with poor performances triggering demotion.

Who will make the cut is uppermost in the thoughts of African football followers, and Raja, Wydad, Berkane, Al Ahly and Zamalek from Egypt and Esperance Tunis seem certainties.

Mamelodi Sundowns and Orlando Pirates of South Africa, TP Mazembe from the Democratic Republic of Congo and Horoya of Guinea are also likely to be included judged by recent CAF results.

But Amakhosi are among the biggest football brands in Africa, are professionally run and boast world-class facilities. That said, will they be ranked high enough to secure inclusion?

The Nigerian national team is among the strongest in Africa, but local clubs have fared poorly in CAF competitions for many seasons, with only Enyimba making any impression.

Enyimba, based in southeastern city Aba, should make it, but they will probably be the only club from the most populous country in Africa to feature in the maiden Super League.

CAF are desperately seeking a worldwide TV audience for the Super League, but must compete with a flood of national team and club coverage from Europe.

Mondays and Fridays are the least congested days when it comes to TV, and the best options for Super League matches, but no plans regarding match days have been disclosed.

CAF say they will retain the Champions League and second-tier Confederation Cup competitions, possibly as knockout competitions with the current group stages ditched.

Add the Super League, where the finalists will fulfil 21 fixtures, and officials running domestic championships and cups must fear fixture congestion.

Mamelodi Sundowns to loan Kermit Erasmus back to Citizens – report

WATCH | Pitso ‘Why I’m not coaching for South Africa’ [VIDEO]