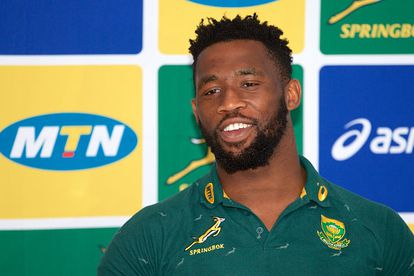 The Springboks and France will both be desperate for a win at Stade de France on Saturday according to Springboks captain, Siya Kolisi, who admits that his side is determined to return to winning ways following two close defeats against the All Blacks and England in their previous matches.

“We don’t want to dwell in the past, but we feel that we lost the game last week (against England at Twickenham) because of our lack of execution. We feel like we lost it to ourselves, and this week it’s about making sure we play with the same intensity and purpose, but obviously with better finishing,” explained Kolisi.

Regarding the challenge from the French, Kolisi said:

“They now have a new team and will be fresh, plus they’re welcoming back a few players who’ve returned from injuries. So we are looking forward to another strong challenge, especially from their big physical pack of forward.

“They scrum and maul very well and we will have to make sure that our set pieces are very good. And they also have some good game-breakers who can create something out nothing, so our defence must be good.”

Despite the two close results against the All Blacks and England, the Springboks are on track with their planning and progress, says Kolisi.

“It’s really tough to lose by one point, but I think we are improving and heading in the right direction. We can see what is working and we know we have to execute better and get those wins.”

The match kicks off at 22:05 SA time and will be televised live on SuperSport 1. The Test is South Africa’s second game of the 2018 Castle Lager Outgoing Tour to the United Kingdom and France and will be followed by tests against Scotland and Wales.