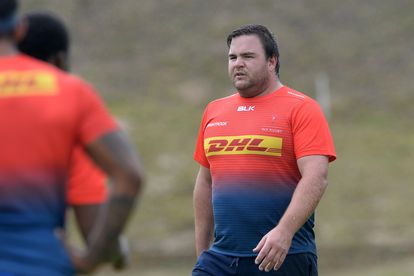 Tighthead prop Frans Malherbe has been ruled out of the Springboks’ three-Test end-of-year tour to the United Kingdom with a neck injury. © Ryan Wilkisky/BackpagePix

Tighthead prop Frans Malherbe has been ruled out of the Springboks’ three-Test end-of-year tour to the United Kingdom with a neck injury. © Ryan Wilkisky/BackpagePix

Western Province and the Stormers are set to lose the services of yet another Springbok star.

WATCH | THE BEST PROP TRY YOU ARE LIKELY TO SEE THIS SEASON!

Following hot on the heels of Siya Kolisi’s departure to the Sharks and the all-but confirmed loss of Pieter-Steph du Toit to Japanese club Toyota Verblitz, comes the news that another forward is set to make the Land of the Rising Sun his new home.

According to Sunday’s Rapport newspaper, front-ranker Frans Malherbe is set to put pen to paper on a one or two-year contract with an unnamed Japanese side.

Malherbe is expected to depart after the British & Irish Lions’ tour later this year – should it in fact take place.

The 30-year-old is expected to return to South Africa ahead of the 2023 Rugby World Cup in France.

Malherbe has 38 Springbok caps to his name to date.

The WP Rugby union has also lost the services of Jaco Coetzee while Juarno Augustus has been linked with a move to the UK.

Hooker Bongi Mbonambi is making WP sweat over his signature after requesting time to consider his next move.

They have offset those departures in part with the signings of Marvin Orie from the Lions and the Sharks’ Evan Roos, as well as the re-signing of hooker Scarra Ntubeni.