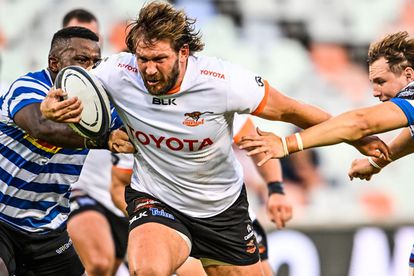 On Tuesday it was confirmed by Free State Rugby that both Frans Steyn and Ruan Pienaar have extended their contracts, which will see them remain at the Cheetahs until at least the end of 2023.

“We are delighted to announce that both our captain, Ruan Pienaar, and utility back Frans Steyn have committed to the Toyota Cheetahs for another year,” said Ross van Reenen, CEO of Free State Rugby (Pty) Ltd.

Steyn has just turned 35-years-old, and is expected to play through to the 2023 World Cup, and after that global showpiece it will be interesting to see whether he them opts to hang up his boots. Pienaar, for example, is still playing high-level rugby at the age of 38.

During a press conference on Tuesday, Steyn shared further insight into why he chose to stay with the Cheetahs, while turning down what was reported to be a lucrative offer in Japan.

“I sent the Japanese clubs a SMS (on Tuesday morning). I have nothing else to say. My choice has been made,” Steyn stated, as quoted by Sport24.

“My daughter starts with horse riding lessons on June 1. I had to find someone ready to teach her. I know absolutely nothing about horses. We all really enjoy it here. All the people are fantastic. More importantly, it’s nice building towards something special here at the Cheetahs and to be a part of it.

“To work somewhere and feel that there’s a place for you to prove your worth speaks louder than words. It’s awesome for me to have a coffee daily with Ruan Pienaar and (Namibia prop) Aranos Coetzee and all the other guys I’ve gotten to know.

“If you accept an overseas offer now you have to uproot and start making acquaintances again. We’re also keeping in consideration my retirement whenever that happens.”

The Cheetahs released the following statement celebrating the news:

Since returning to the Free State in August 2020, Steyn played in 22 matches for the side. When Ruan Pienaar was injured last year, he took over the place-kicking duties, a role which he performed particularly well. He has been in excellent form for the Cheetahs this year and played a cardinal role in the team’s unbeaten record in the current Currie Cup competition.