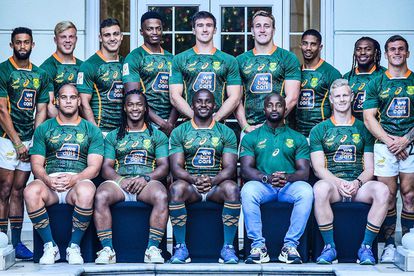 All eyes will be on the Blitzboks at the Cape Town Sevens. Photo: SA Rugby website

All eyes will be on the Blitzboks at the Cape Town Sevens. Photo: SA Rugby website

The Cape Town Sevens – viewed as the unofficial noon gun to the summer season – kicks off at 12h00 on Friday, 9 December, at the DHL Stadium. The Blitzboks find themselves in Pool A, with France, Fiji and Canada.

Pool B consists of Ireland, Samoa, Uruguay and Japan, and Pool C will see New Zealand, Argentina, Kenya and Spain face off, while in Pool D there will be clashes between USA, Australia, Great Britain and Uganda.

The Blitzboks will close Friday’s action on day one at 20h03 with a match against Canada before heading into an action packed Saturday.

The home favourites then have pool games against Fiji (11h19) and France (17h00) to earn a place in the Cup quarter-finals, which will also take place on Saturday.

Sunday’s action begins at 08h00 with the men’s and women’s finals taking place just before 20h00.

The Blitzboks last won the Cape Town Sevens in 2015