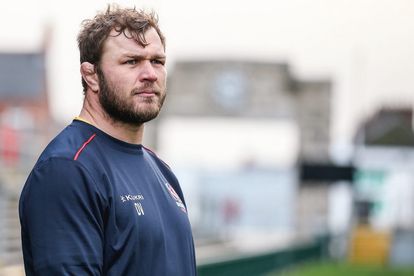 Vermeulen has been named as part of Ulster’s touring United Rugby Championship squad which will play against the Bulls and Stormers.

Ulster will have returning Irish internationals

The Ulster coach Dan McFarland has named a 29-man strong squad to tour South Africa, with seven of those players having been part of the recent Irish Six Nations squad. The only member of that Irish Six Nations squad that will not be playing against the Bulls and the Stormers will be winger Robert Bloucoune. A huge boost for the touring party sees the return of the team’s captain Iain Henderson make a return to the squad along side Vermeulen.

Coach McFarland will also be licking his lips at the prospects of being able to call on the other Ireland Six Nations participants in Rob Herring, Kieran Treadwell, Nick Timoney, James Hume and Mike Lowry. Prop Tom O’Toole has also returned from injury in time to be in contention to take on the Bulls and Stormers.

Vermeulen will undoubtedly be the main focus of that touring party to the South African rugby fans. Not only is he a familiar face as an integral part of the Springbok side over the past decade or so, but the abrasive number 8 has had memorable spell with both of the opponents Ulster are set to play against in the country.

Vermeulen most recently had two separate stints with the Bulls, with the first just before the 2019 Rugby World Cup. In that particular stint, he was a key cog in getting the team into the knock out stages of the Super Rugby competition. In his second stint, he was more successful winning back to back Currie Cups, and a Super Rugby unlocked title.

Bulls and Stormers braced for his return

Arguably, however, it was at the Western Province and the Stormers where Vermeulen made his name. He will now be looking forward to returning to both his former stomping grounds to remind them about his abilities.