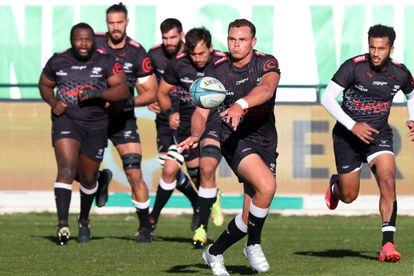 The Sharks have welcomed back a number of Springboks for their United Rugby Championship clash against Ospreys at Kings Park on Friday.

Ospreys come into this match against the Sharks under immense pressure, having won just once in their eight league matches to date, and arrive in Durban off the back of four losses and a draw from their last five fixtures.

On their part, the Sharks will be looking for big boost from their returning Springboks, as they go in search of a confidence-building win after a demoralising 35-0 loss to Cardiff last week.

Springboks Siya Kolisi and Eben Etzebeth have both carried a heavy load for the national team and haven’t been included, but Sharks Director of Rugby Neil Powell has named Ox Nche and Bongi Mbonambi in the front row, while Jaden Hendrikse and Curwin Bosch, who is back from a long-term injury, form an exciting halfback pairing.

ALSO READ: Axed Sharks coach — This is a sad development!

Springboks speedster Makazole Mapimpi has also returned to the franchise and has been named on the wing.

In other changes to the Sharks lineup, Vincent Tshituka moves from flank to lock with Sikhumbuzo Noshe, Jeandre Labuschagne and Phepsi Buthelezi forming a formidable back row. Buthelezi will captain the side in the absence of Thomas du Toit, who is serving a ban for foul play in the Test between the Springboks and England at Twickenham.

Ben Tapuai is back in the starting line-up and the Australian international will partner Francois Venter – himself an international – in the midfield, with Boeta Chamberlain slotting in at fullback.