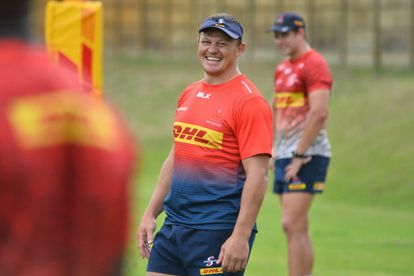 This Saturday, the Springboks will start the 2022 Test season with a highly-anticipated clash against Wales, and interesting talk has already emerged to suggest that Deon Fourie could be set to feature off the bench at some point during the three-match series.

It’s already been a remarkable few weeks for the veteran flanker, who featured in his 100th game for the Stormers in the URC final, while earning the Man of the Match award to help the Cape side lift the trophy after an impressive win over the Bulls.

Notably, Fourie’s Bok call-up came at a time when veteran Duane Vermeulen will not form part of the Boks’ squad for the upcoming series against Wales as he recovers from a surgical procedure related to a lingering knee injury.

In his absence, the Boks could continue with Kwagga Smith at No 8, while exciting youngsters such as Elrigh Louw and Evan Roos are also options in addition to Jasper Wiese.

Of course, Marcell Coetzee – who received somewhat of a surprise call-up – could also cover No 8, although he is also an option at blindside or openside flank.

Interestingly, according to Sunday newspaper Rapport, Jacques Nienaber and Rassie Erasmus are considering using Deon Fourie and Kwagga Smith off the bench for the first of three Tests against Wales this weekend.

It is reportedly part of the plan to best utilise the considerable loose forward stocks in the Springbok squad, while it could mean that Wiese is then backed to start at No 8.

“Kwagga and Deon offer us more or less the same as what Kwagga and Marco van Staden offered us in the Rugby Championship last year,” Nienaber told Rapport .

“If you want to make something special happen and bring about reverse ball possession, like Francois Louw in the World Cup semi-final against Wales, you have two players in Kwagga and Deon to make it happen. They can come up with magic the day before. ”

In his column for Sport24, former national coach Nick Mallett has now shared his insight into the direction the Boks could go, and also hinted that Wiese could be the frontrunner at No 8.

In the URC final, both Elrigh Louw (Bulls) and Evan Roos (Stormers) were true to the form that got them into the Bok mix in the first place.

Louw is a power unit, dominant on the ground and at mauls, with his physicality his strongest weapon. He is a like-for-like replacement for Duane Vermeulen.

Roos, meanwhile, adds dynamism, even as first receiver. He was getting double hit every time he got the ball on Saturday, often by Louw. It was a toe-to-toe battle, and who has the inside lane depends on how the Boks want to play in the first two games. If they want to play, and spread the ball in attacking Wales, then Roos is the front-runner. If they want to play like they did in the 2019 World Cup semi-final win over Wales, however, then Louw is the more attractive option.

While that has been a popular debate, I don’t think either of those young future stars will be wearing the No 8 jersey in the first Test…

I have written in a previous article about how important communication and leadership is when picking a No 8 – and, in that sense, I think Marcell Coetzee emerges as a dark horse.

Brilliant for the Bulls as a leader this season, Coetzee would do a similar job to Vermeulen for the Boks. His form has been as good as any of his competitors, even if he has played his rugby at No 7, while he comes with international experience and pedigree.

The favourite for the role, though, is the exciting potential of Jasper Wiese, who finished the British & Irish Lions series in the No 8 jersey.

He has already been involved in the national set-up and was huge for Leicester in their final this past weekend, so why would Nienaber jump to Roos or Louw when you have a guy who has already performed at the highest level?

Wiese or Coetzee should both be more fancied if Nienaber thinks he needs leadership in that position, which he had in abundance in Vermeulen.