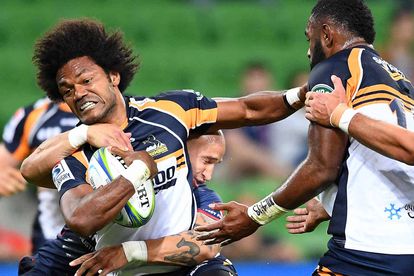 The southern hemisphere club championship, which features 15 teams from five countries, was halted last weekend after New Zealand and Australia said all inbound travellers must self-isolate for 14 days to counter the spread of COVID-19.

Since then, governing body Sanzaar has been exploring ways to resume the 18-round tournament, with Australia agreeing to a domestic competition without fans in line with government restrictions on public gatherings of more than 500 people.

“There are still some elements to work through as a group, but we are extremely confident that we will deliver a meaningful product for the remainder of the season for fans and broadcasters,” she said.

The Queensland Reds, NSW Waratahs, Melbourne Rebels, and ACT Brumbies have all continued to train as normal.

The Sunwolves, who were in the Australian conference, have returned home with Perth club Western Force set to replace them.

It appears to call time on the underperforming Japanese franchise, which was due to be axed from Super Rugby at the end of the season.

But it has opened the door again for Western Force, who were controversially culled in 2017 after SANZAAR decided to reduce the competition from 18 teams to 15.

They were due to play in mining magnate Andrew Forrest’s Global Rapid Rugby competition this year, featuring teams across the Asia-Pacific, but that too fell victim to the virus.

The reworked Super Rugby competition would run until June, followed by a yet to be determined finals series with New Zealand and South Africa believed to be exploring similar scenarios.

“In what has been a challenging time for everyone in our sport, we have seen the rugby bodies in Australia come together to put their full weight behind finding a way for our game to continue in 2020,” said Castle.

While some sporting codes in Australia, including cricket and basketball, have cancelled or suspended their activities, rugby league, Australian Rules, and football have opted to press ahead without spectators.