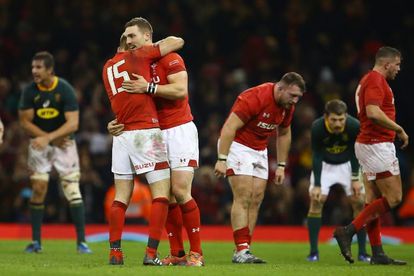 George North and Dan Lydiate return for international duty after extended periods out with injury, while Ospreys’ teammate Sam Parry will join them in camp with Wales.

There are two uncapped players as Cardiff Rugby’s James Ratti is called up after featuring in the 2022 Six Nations squad, while Leicester Tigers’ Tommy Reffell is selected in a Wales senior men’s squad for the first time.

Dan Biggar will continue to captain the squad for this Test series following his appointment in the Six Nations.

Commenting on the captain, Wales coach Pivac stated: “We’ve obviously got great leadership in the group with Alun Wyn and Dan. Dan did well in the Six Nations and Al has come back from a pretty big lay off. He’s had a little bit of rugby and we want him to hit his straps as a second row and be the best player he can be and focus on playing. He’ll lead naturally anyway but certainly he’s looking forward to that challenge.”

The first Test against the Springboks will take place at Loftus Versfeld in Pretoria on Saturday 2 July. From there Pivac’s squad will head to the Toyota Stadium in Bloemfontein (9 July) for the second Test, before completing the series at DHL Stadium in Cape Town on Saturday 16 July.

Wales and South Africa have faced each other 37 times to date with the first encounter taking place in Swansea in 1906. The two sides’ last fixture was during the 2021 Autumn Nations Series where Wales were narrowly defeated 23-18 at Principality Stadium.