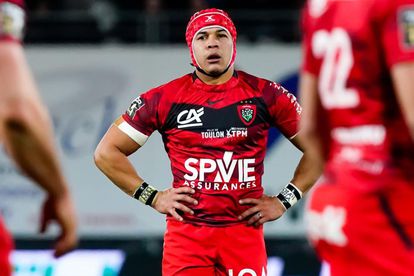 Springboks superstar Cheslin Kolbe will reportedly leave French club Toulon to take up a lucrative deal in Japan before the start of the 2023 Rugby World Cup.

Kolbe is currently contracted to Toulon until 2024, having join them from French rivals Toulouse in August 2021.

However, according to reputable French rugby publication Midi Olympique, Kolbe’s contract has an exit clause which the player will trigger at end of the current season in July next year.

It was previously reported that he is set for a return to South Africa, with the 29-year-old heavily linked with the Stormers and the Sharks. But it is now believed Kolbe will leave Toulon in favour of a move to an unspecified Japanese club before the start of the World Cup.

Kolbe started his career at Western Province and the Stormers before moving to France in 2017. He made his Test debut for the Springboks a year later in 2018.

“According to our information, the Springboks player, whose current contract until 2024 includes an exit clause in June 2023, should indeed leave the Var at the end of the current season,” Midi Olympique reported.

“According to the latest news, the fullback or winger is leaving for Japan where a League One franchise would be able to afford his services.

“At the same time, the release of the 2019 world champion, whose payments are among the highest in the Top 14, will allow Toulon to have greater leeway with regard to the salary cap.

“For his part, after six years spent in France, Cheslin Kolbe will discover a new championship where his profile should do wonders.

“While waiting for this separation, which is looming on the horizon, there are just over six months left for the Springboks player to leave Mayol with his head held high.”

Watch Kolbe’s try for the Springboks against Italy

VIDEOS: Exclusive insights from ‘Breakfast with the Springboks’