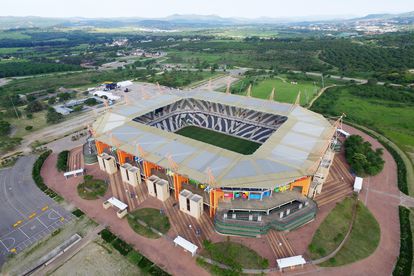 Mbombela Stadium in Nelspruit will finally get to host a Test between the Springboks and All Blacks in 2022.

According to Sunday’s Rapport newspaper, SA Rugby plan on awarding next year’s Rugby Championship fixture on Saturday, 13 August to Nelspruit.

The Mbombela Stadium was meant to host the All Blacks in 2020, but the Covid-19 impact on the Rugby Championship denied the stadium of the chance of doing so.

To date, the Springboks have played three Tests at the stadium – winning all three – but have never faced the All Blacks there.

Springboks also set to face All Blacks in Johannesburg

Meanwhile, Jacques Nienaber’s team are set to host the All Blacks twice in 2022, with the other Test scheduled to be played at Ellis Park in Johannesburg on Saturday, 6 August.

That would mean both Tests will be held at altitude.

In addition, according to Rapport, SA Rugby is in talks with NZ Rugby to arrange midweek matches between a South Africa ‘A’ team and an All Blacks XV 3 and 10 August.