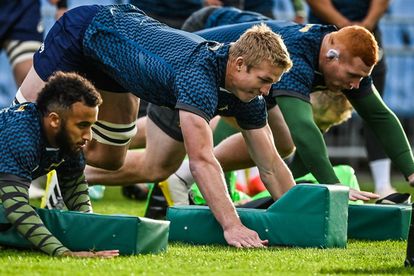 When reflecting on the Springboks’ 2022 season to date, it has undeniably been a strange year filled with mixed results as the team has looked to diversify depth, experiment with new ideas and build towards the 2023 World Cup. At the same time, the Boks have of course been looking to ensure they win and perform with consistency.

A somewhat satisfactory 2-1 series win over Wales in July was followed by a Rugby Championship campaign where the Springboks stood a chance of clinching the trophy heading into the final round, but ultimately fell just short.

The Springboks started off the end-of-year tour with back-to-back losses against Ireland and France, which were their fourth and fifth defeats of the year. .

South Africa did bounce back to claim a convincing win over Italy this past weekend, but if that result does end up being the Boks’ only victory on the end-of-year tour, there would be a real sense of disappointment.

In that essentially worst-case scenario, the Springboks could end the year with seven victories, six losses, and a win percentage of just 54% that will pile some pressure on the coaching staff and player group.

Should South Africa manage to beat England, though, they would at least finish the year with a 61.5% win percentage.

Nevertheless, it has to be kept in mind that the Springboks started this year at the top of the world rugby rankings, while on the eve of Saturday’s Test at Twickenham, they are now fourth.

South Africa will replace New Zealand in third place if they beat England by more than 15 points, but Saturday’s match is widely expected to be a closely-fought affair.

Should the Springboks win by 15 points or less, they will end on 88.97 rankings points, just behind the All Blacks.

*Let us know in the comments section whether you feel this year could still be deemed a success for the Springboks if they finish fourth in the world rankings?

THE SPRINGBOKS ARE FOURTH IN THE LATEST WORLD RUGBY RANKINGS