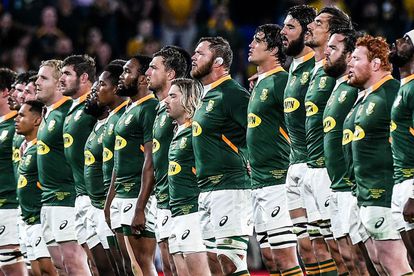 Earlier this month, Springboks coach Jacques Nienaber expressed his satisfaction with the progress made within the national structures in the last few weeks as they wrapped up a series of alignment camps on Thursday in preparation for the 2022 international season.

The Springboks coaching team hosted their first alignment camp in Durban in April before heading north to meet with a few overseas-based players, and they then wrapped up this stage of their preparation with a five-day camp in Cape Town.

It was initially expected that the Bok coach would announce the squad to face Wales before the end of May, but it has now been confirmed that they will wait until the South African teams have completed their involvement in the United Rugby Championship.

With the alignment camp box being ticked, Nienaber said the next step for the coaches would be to select a squad within the next few weeks for their training camp in Pretoria from Monday, 6 June, where the squad will remain until the conclusion of the Boks’ first Test against Wales at Loftus Versfeld on Saturday, 2 July.

“These three back-to-back Tests, in turn, will lay an important foundation for our Rugby Championship campaign, so it is vital that we get the minor detail right from the outset.”