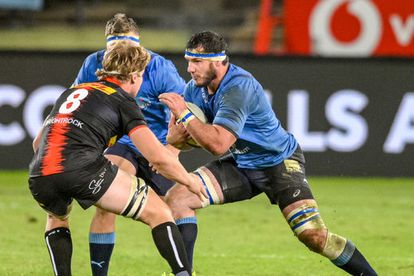 Loose forwards Marcell Coetzee as well as Evan Roos have reportedly been snubbed by the Springboks coaching regime.

The Springboks are set to gather for their first alignment camp, with both Coetzee and Roos not thought to be part of it.

South African Rugby announced plans to kickstart the preparations for the Springboks 2022 season, with the first of the two planned alignment camps. This camp has been scheduled for Durban on Sunday, while a follow up camp is expected to take place in Cape Town from Sunday, 1 May – Thursday, 5 May.

Current Springbok coach Jacques Nienaber as well as SA director of rugby Rassie Erasmus are known to have a core group of players they trust, and are not known to chop and change at ease. That then often means that, form is not necessary a barometer that is used to determine whether a player gains selection, or gets dropped from the national team squad. That factor has often seen many confused as to what the actual criteria for making the Springbok squad is, under the current regime.

Now after the latest reports, it seems like the South African rugby fraternity will be left even more confused. That is because, according to keo.co.za, the on form duo of Coetzee and Roos have not been selected as part of the party that will gather in Durban this Sunday.  Now when it comes to the Bulls open sider, Nienaber and Erasmus might have already shown their hand, with regards to where he stands. The player returned to the country and played and had a storming start to his career at the Tshwane-based outfit, but was surprisingly snubbed for the British & Irish Lions series. What made his snubbing even more of a surprise was the absence of Duane Vermeulen, with Coetzee able to cover six, seven and eight.

Roos, on the other hand burst on to the scene as a talented youngster for the Stormers last season. His physical nature coupled with his mobility gives shades of a hybrid between his idol, Vermeulen and former Springbok eighthman Pierre Spies. Roos picked up from where he left off at the start of this season, and was a sure pick into the Springbok regime for many this season, but as it stands, does not seem to be in the national team’s immediate plans.

It now remains to be seen if snubbing both Coetzee and Roos was always part of the plans, and that they have both been earmarked for the second alignment camp.