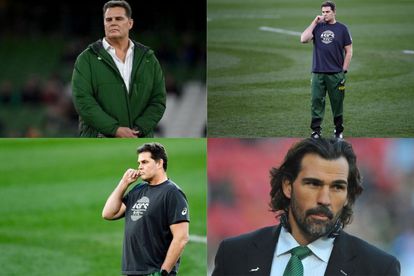 Rassie Erasmus needs to get back to focusing on rugby. Photos: Backpagepix

Rassie Erasmus needs to get back to focusing on rugby. Photos: Backpagepix

The most-capped Springbok of all-time, Victor Matfield, has called on SA Rugby to make their stance on Rassie Erasmus clear.

The Director of Rugby has drawn another matchday ban from World Rugby over his criticism of officials during the Autumn Nations Series.

Matfield believes that SA Rugby need to clear the air regarding the Rassie Erasmus situation.

SA Rugby have not had much to say regarding Erasmus’ social media activity, at least in public.

“I think so, we’re in a position where he is our director of rugby and he is the face of SA Rugby. He has been tapped on the fingers twice from the IRB (World Rugby) and SA Rugby is saying nothing,” Matfield told News24.

“Either SA Rugby must stand with him and say that they’ll back him 100 percent or someone from SA Rugby needs to talk to [him] and make him stop what he is doing.

“SA Rugby has to decide what they need to do, but it’s not looking good in the world for SA Rugby and it doesn’t help with the referees, we’ll probably get worse decisions every week.”

Focus not on Rugby

Matfield fears that the focus at SA Rugby has not been on how the Springboks have been playing but rather other distractions.

ALSO READ: Elton Jantjies’ next move has been revealed

Rassie Erasmus’ sanction comes as the Elton Jantjies and Zeenat Simjee soap opera plays out in headlines as well.

“My thoughts are that it should always be about rugby. Yes, we want to see our Springbok players in the masses, but they need to perform. As long as they perform on the field, we can’t say anything and I think that’s something we need to focus on,” said Matfield.

“Normally, you need a good culture off the field to help mirror it on the field. But that’s something they need to prioritise and focus on.”