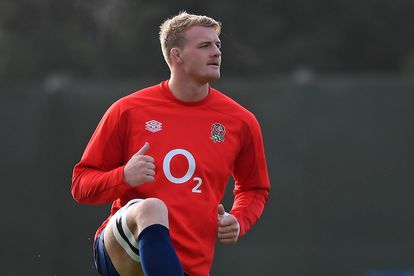 England’s David Ribbans is set to face the Springboks on Saturday. Photo: AFP

England’s David Ribbans is set to face the Springboks on Saturday. Photo: AFP

The Springboks will be forced into some notable changes for the Test against England on Saturday, which falls outside the international window, while England are also expected make at least a couple of interesting squad alterations.

South Africa-born David Ribbans, who hails from Somerset West in the Cape, made a massive impact off the bench as England fought back to salvage a draw against the All Blacks this past weekend.

It’s believed the England coach Eddie Jones is also keen to deploy two specialist No 8s in Sam Simmonds and Billy Vunipola in the back row against the Boks, with regular lock Maro Itoje set to shift to the loose trio as well.

As a result, Ribbans is expected to slot in at lock.

“We probably need three jumpers against South Africa. It’s going to be a higher kicking game so we will have a look at that,” Jones said in the build up to the titanic battle between the English and world champions.

“We were a bit disappointed early on against New Zealand about the effectiveness of our ruck defence. Ardie Savea we handled pretty well. Tom Curry and Sam Simmonds defensively were good and that is the best Test match I’ve seen Billy Vunipola play since 2019.”

Meanwhile, in case you missed the news on Sunday, Springboks coach Jacques Nienaber called up six players to his squad for Saturday’s final Outgoing Tour Test against England, as a few players left camp to join up with their French and UK clubs following the match against Italy in Genoa.

With this weekend’s Test falling outside of the international window, the Springboks will field a new-look team against England, which is somewhat unfortunate after the side hit its straps against Italy this past weekend.

South Africa ‘A’ team captain Thomas du Toit, Ntuthuko Mchunu (both props), Marco van Staden (flanker), Johan Goosen (flyhalf) and Grant Williams (scrumhalf) will all join the Boks, while Bulls wing Canan Moodie has recovered from the hamstring injury that ruled him out of the tour and will also join up with the team in London.

“The players who will join us from the SA ‘A’ team all put up their hands in the midweek games and we are delighted to have them in the mix this week, while Canan has showed what he can do at Test level, and I am sure he will be delighted to be back in the squad,” said Nienaber.

“Some of the players were with us on tour until after the Ireland Test and it was always the plan to recall them at the conclusion of the SA ‘A’ matches.

“As we said from the outset we wanted as many players as possible to get game time on this tour as we look ahead to the Rugby World Cup next year, and we believe the players and the team will benefit from this in the next few months.”

The Boks made the journey from Genoa to London on Sunday and will begin their on-field preparations on Monday.

The clash against England this Saturday will kick off at 19:30 (SA time).