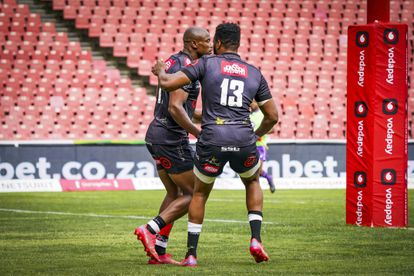 In recent weeks, the ambitious Sharks have not only recruited a host of high-profile players, but also re-signed several others. In a significant recent announcement made by the Sharks, it was revealed that Springbok captain Siya Kolisi had signed a whopping five-year contract extension at the Durban-based franchise.

Considering that Kolisi will turn 31-years-old on 16 June, this contract extension could well take him towards the end of his career at the Sharks.

In addition to new signings, the Sharks have confirmed a number of long-terms contract extensions for key members of their squad. Those to have put pen to paper on extending their stays in KwaZulu-Natal are lock duo Reniel Hugo and Emile van Heerden, prop Dian Bleuler and fullback Anthony Volmink.

It has also been confirmed that Springbok hopeful Grant Williams had also signed on for another two years, while in further news that will catch people’s attention, it’s been announced that Lionel Cronje is returning to Durban.

Springbok superstar Lukhanyo Am has committed to the Sharks until 2025, while Makazole Mapimpi has signed a new deal with the Sharks which will keep him in Durban – and South Africa – until the end of the 2024/25 season.

The Springbok wing joined the Durban outfit from the Cheetahs in 2018 on a two-year deal, and re-signed again in 2020 when he was allowed a sabbatical in Japan. This new three-year deal will likely be the last for Mapimpi who will turn 32 in July this year.

With all this in mind, Sharks CEO Eduard Coetzee has said there is good reason to remain optimistic despite losing out to the Bulls in the URC ‘final four’ this past weekend, while he reiterated the full backing for coach Sean Everitt.

“He (Everitt) definitely retains our backing,” Coetzee told Sport24. “We are going to have our internal wash-up and look at where we can be better and grow.

“It says a lot about our franchise that our standards are that high after you lose in the 84th minute and finish 5th on the log, after not having your Springboks for four rounds.

“We have great ambitions, and we’ll never drop those standards. We understand the pressure to perform…. We gave it everything we got this year, but the majority of our investments are arriving for next season, with Neil [Powell] overseeing the programme and driving the culture as the director of rugby.

“I think we lacked a little bit of an edge and that’s what Neil brings, that edge the Blitzboks have had over all those years. The only South African players we brought in were Bongi and Siya, who did well, but Eben and others will only arrive next season.”

“We’ve put a lot of structure this year for next season: we’ve got a director of rugby coming, five big players coming and a lot of coaches came in the season.

“I think we’ll be a lot more settled next year. It’s not where we want to be; it’ll never be good enough for us to bow out at quarter-final level, that’s not our ambition.

“But our consistency wasn’t great. We can be a lot better there. We can get better at a lot of areas, but we’ll work on it and we’ll be firing next year.”

READ | URC: THERE WILL BE NO ALL-SOUTH AFRICA FINAL SAY BOOKMAKERS